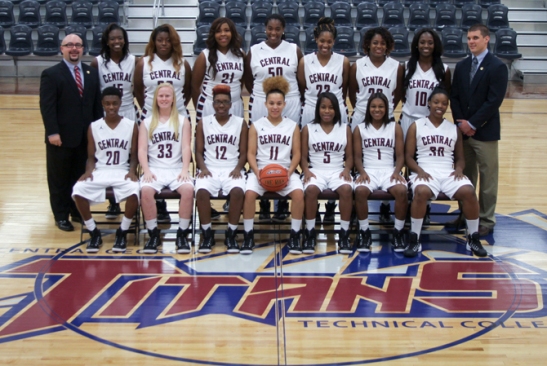 For the second weekend in a row I was able to attend a big time Juco Jamboree.  There was many of the same teams but interestingly the pecking order seemed to shift a little bit.  The Georgia teams which played amazingly well in Tallahassee didn’t perform quite as good and FSCJ, who finished 13th in the country last year went 3-0, avenging a loss to South GA Tech and beating GA Highlands, who struggled to a 1-2 record.  Gulf Coast and Tallahassee looked as strong as they did in Tallahassee last weekend and Daytona went 3-0 as well.  Florida looked like they were back, cementing their place on top of juco in the Southeast.  Darton is a beautiful campus and their gym is one of the best I’ve seen in juco (and I’ve seen many on the east coast).

Teams I reviewed last week, I may have just made some additional notes this week, not a full team recap. Lets handle those first –

Holmes  – Played really well the game I saw them versus Tallahassee.  Q didn’t coach his team letting assistant Lamar Hamilton have the honors, not sure if that made a huge difference, Tallahassee still looked good.  Holmes hung with them.  That makes me think they will be competing with East Mississippi for tops in their region.  Admittedly I don’t know all the teams out that way.  A couple of kids looked good.

Daytona – Did not get to see Santa Fe or Central FL (heard they are much improved with a good Brazilian) who play in our league this year but I made a point to see Coach Cal’s club this time around. Daytona is definitely improved since last year.  They add 2 Destinys and they are both high level players at the juco level.  His post play isn’t spectacular but they get it done enough for Daytona to compete at the top of Mid-FL.