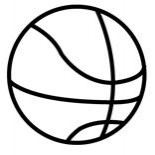 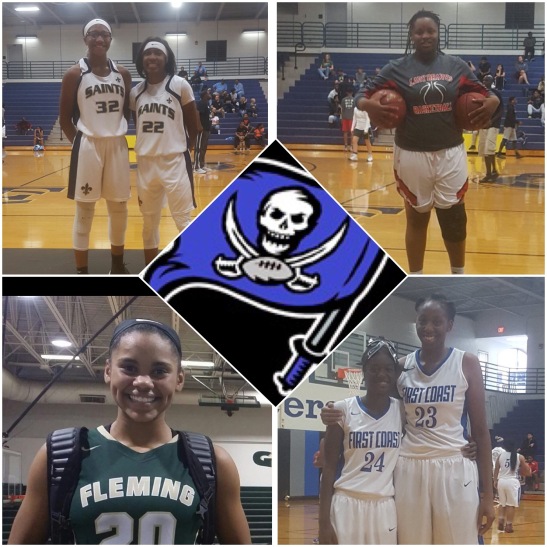 Jacksonville, FL – First Coast HS Head Coach Kenny Kallina hosted a pre-Thanksgiving Classic that served up 4 games featuring the best teams in the 904 area code not named Ribault.  The eight team event featured some of the top young talent in Duval county, on a day when not much else was going on around the country.

Since only 8 teams participated let’s take a game by game look at today’s teams and top performers.

Game 1 – First Coast 73 – Stanton 27 – Stanton started the game off with a basket and things went downhill rapidly from there.  First Coast got hot from the outside and their 2-2-1 press turned Stanton over enough times for us to have a running clock to start the 2nd half (That’s a 35+ margin in the 2nd half in Florida).  Sophomore Moriah Steele and 6’3 junior Alexus Bryant a developing post player led the way statistically.  Steele finished with 18 points while Bryant added 14 points and 15 rebounds.

Game 2 – Sandalwood 65 – Paxon 51 – Paxon started cold from the outside, especially their sharpshooter, Northwestern State signee Jhane Wheeler and never really got on track.  Foul trouble inside, caused by the offensive rebounding of Sandalwood’s star freshmen Caitlin McGee, was a factor all game for Paxon.  Paxon trimmed the Sandalwood lead which grew as large as 20 down to 12 a few times but could never get over the hump.  Fellow Sandalwood freshmen Amari Wright and Nadya Matthews impressed as well.  McGee finished with 17 points and 12 rebounds.  Wright had 13 points and 4 assists.  Wheeler finished in double figures for Paxon.

Game 3 – Fleming Island 60 – Terry Parker 47 – Fleming Island got rolling early behind sophomore PG Tia Robinson’s two early layups and lead most of the game.  Terry Parker who maybe the most talented team in Duval county besides Ribault, hung tough, never getting down by more than 5 or 6 and even took the lead briefly in the early 4th but unsigned senior Mallory Sinsel got hot from the outside and knocked down 4 3’s in the second half which helped break the game open down the stretch as Fleming pulled away late to win what was by far the best game of the day.  Tia Robinson finished with 22 points and 8 rebounds while Sinsel had 14 for Fleming Island.  Kenish Bush led Terry Parker with 14.

Game 4 – Bishop Kenny 47 – Mandarin 24 – A well coached Bishop Kenny team built a 25-11 lead behind a balanced scoring attack and never looked back versus Mandarin who struggled to score all game.  Kobe Jones finished in double figures for Bishop Kenny.